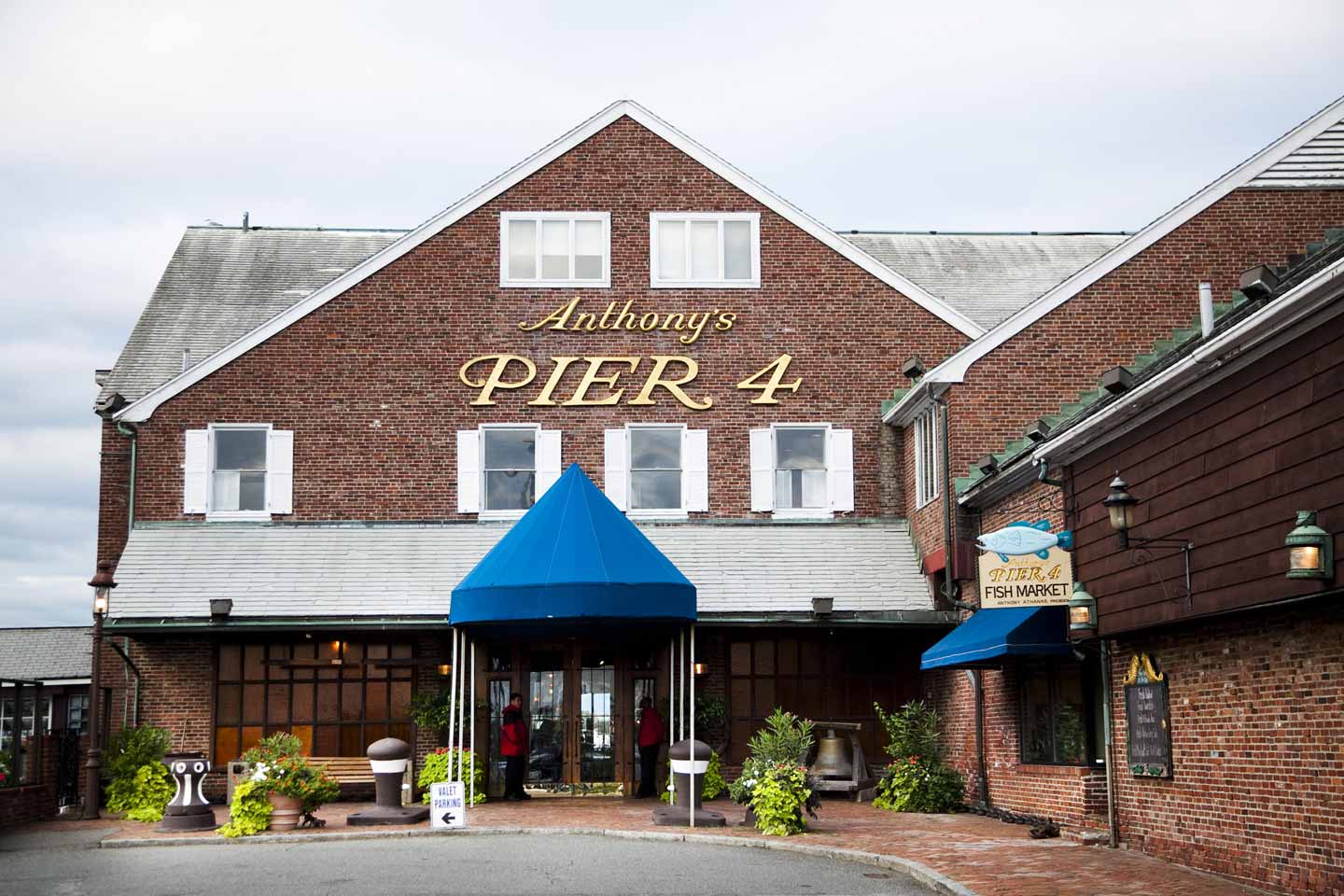 Kaminski Auctions is pleased to present the collection of the legendary restauranteur Anthony Athanas of Anthony’s Pier 4 fame, Saturday, and Sunday, October 23rd and 24th, at the Athanas restaurants warehouse in Danvers, Massachusetts. The auction will include furniture, furnishings, and the extensive wine collection from his four restaurants.

A self-made millionaire and philanthropist, Mr. Anthanas, emigrated from Albania to the United States with his mother in 1915 to join his father and brothers. They settled in Lynn, Massachusetts. At the age of thirteen, he left school and started working in restaurants to learn the business. In the 1950’s he opened his first restaurant, Anthony’s Hawthorne Café, in his hometown. Not long after, it became the largest-volume restaurant in Massachusetts, grossing more than $1 million a year.

With sales of close to 12 million dollars annually and serving over 700,000 meals per year, Anthony’s Pier 4 restaurant became one of the highest-grossing restaurants in the United States. Anthony’s empire eventually included four restaurants with Hawthorne by the Sea Tavern in Swampscott and Anthony’s Cummaquid Inn in Yarmouth Port, Cape Cod.

Anthony Athanas was a visionary, recognizing long before others that Boston’s waterfront would be an attractive location. He was one of the first to offer complimentary popovers, for which the restaurant became famous and an extensive selection of fine wines. His hard work and attention to detail permeated every aspect of running his restaurants, including decorating each one with unique original furniture and nautical antiques. In May of 1970, Mr. Athanas attended the auction conducted by the David Weisz Company, which auctioned off the furniture and furnishings from the Metro Goldwyn Mayer film sets in Hollywood, California. Many of the furnishings original to his four restaurants came from this historical sale, including original English oak cabinets and French Louis XV and XVI furniture from the Marie Antoinette film set.

There are several English cupboards on offer, including a Gothic eight-door oak cupboard with mirrored upper doors, an English Gothic two-door oak cupboard with carved panels of a man and woman, possibly a marriage piece, and an antique English oak coffer with hand-painted panels and a family crest initialed J. H. and dated illegibly.

An eclectic selection of furniture includes a Biedermeier cabinet from the movie “How The West Was Won” and a Belter rosewood sofa from the movie “Meet Me In St. Louis.”

Among the other items are the mirrors, marine paintings, and architectural decorations that graced the walls of the iconic restaurant. Of particular interest are a pair of 19th-century French bronze architectural brackets, vintage gold and silver gilt-framed mirrors, and several 18th-century portraits of English naval officers and noblemen.

Decorative items continue with a vintage heirloom illuminated globe by Replogle, a period Georgian flame mahogany rolling wine cellarette, and a vintage French tin figural horse head display from a butcher shop. Many of the original signs that hung in Anthony’s Pier 4 are on offer, including the vintage painted wood English bakery sign advertising ‘Fresh Popovers’ and the carved, and gilt sign announcing, ‘Fresh Seafood.’

There is a lot of Boston history and nostalgia associated with Anthony Athanas and his legendary restaurants. Apart from the furnishings, Anthony’s Pier 4 was famous for being one of the first restaurants in the country to offer an extensive and exclusive list of fine vintage wines from vineyards all over the world. Sunday will feature Part One of the wine collection from all four restaurants. The head sommelier that worked with the restaurant group for years has created some impressive lots of wine and will be on hand during preview to answer any questions. Preview is by appointment at the General Glover House in Vinnin Square in Swampscott, Massachusetts. These fine wines have been housed in a climate-controlled environment and are an opportunity for wine lovers to add exclusive and rare vintages to their cellars.

See the latest news, events, and stories in the world of special treasures.